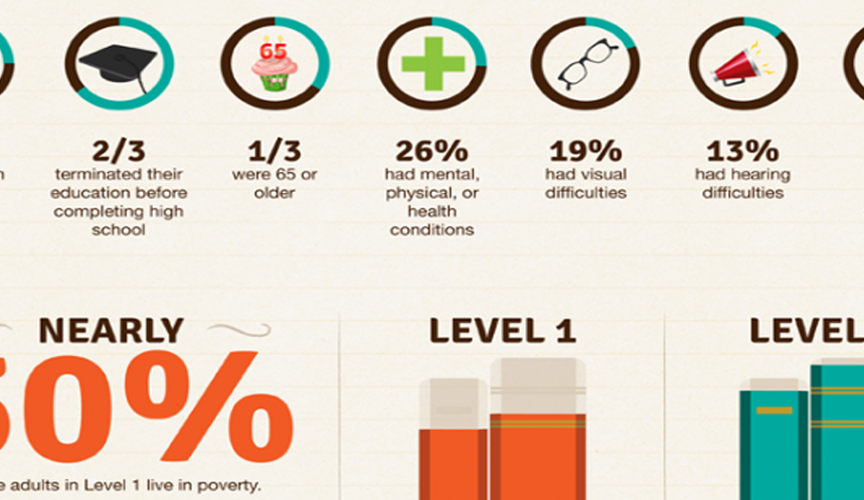 “Individuals demonstrating higher levels of literacy were more likely to be employed, work more weeks in a year, and earn higher wages than individuals demonstrating lower proficiencies. For example, while adults in Level 1 on each scale reported working an average of only 18 to 19 weeks in the year prior to the survey, those in the three highest levels reported working about twice as many weeks — between 34 and 44. Moreover, across the scales, individuals in the lowest level reported median weekly earnings of about $230 to $245, compared with about $350 for individuals performing in Level 3 and $620 to $680 for those in Level 5.”

Adults in the lowest level on each of the literacy scales (17 to 19 percent) were far more likely than those in the two highest levels (4 percent) to report receiving food stamps. In contrast, only 23 to 27 percent of the respondents who performed in Level 1 said they received interest from a savings or bank account, compared with 70 to 85 percent in Levels 4 or 5.

Nearly half (41 to 44 percent) of all adults in the lowest level on each literacy scale were living in poverty, compared with only 4 to 8 percent of those in the two highest proficiency levels. • On all three literacy scales, adults in the higher levels were more likely than those in the lower levels to report voting in a recent state or national election. Slightly more than half (55 to 58 percent) of the adults in Level 1 who were eligible to vote said they voted in the past five years, compared with about 80 percent of those who performed in Level 4 and nearly 90 percent of those in Level 5. 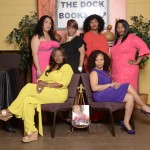 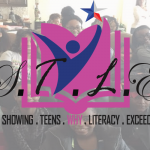 About the Author / admin 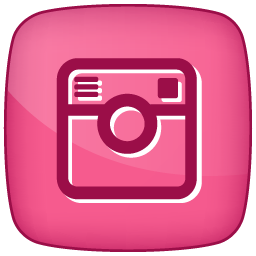